Ogof Ffynnon Ddu National Nature Reserve is a huge expanse of moorland with magnificent views, situated in the heart of the Brecon Beacons National Park.

It is difficult to imagine the thriving village of Penwyllt that was once here, with its own railway station, post office and public house.

The village provided a home to workers at the limestone quarry, the silica brickworks and a large number of lime kilns.

You can follow our waymarked walking trail to discover some of the industrial remains or enjoy the views on one of the footpaths from the car park.

The varied rock types in the reserve produce different soils on which a range of plants grow and the cave system is one of the most extensive in Europe - it is a popular destination for proficient cavers.

The walking trail is waymarked from start to finish.

Look out for the information panel at the start of the trail.

Find out about walking trail grades.

Follow this short waymarked walk around the reserve and discover the remains of a tramway, a railway line, lime kilns and a brick works. 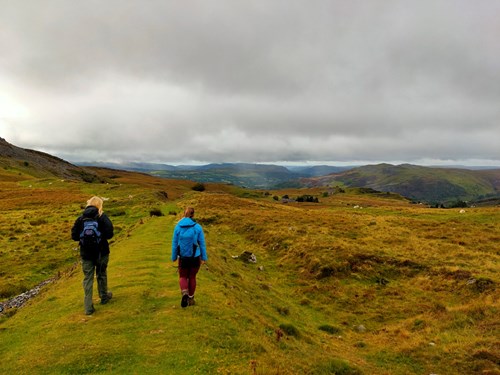 This route follows bridleways and old tramroads - we recommend you use a map to follow it.

For more information about the Beacons Way go to the Brecon Beacons National Park website.

What to see at the National Nature Reserve

The landscape and wildlife varies at Ogof Ffynnon Ddu National Nature Reserve depending on which time of year you visit – here’s what to look out for.

Large expanses of acidic rocks on the reserve are covered in heather, which is at its best in early autumn, as well as bilberry, mosses and lichens.

Less common plants such as mountain everlasting autumn gentian and mossy saxifrage grow in the grassland.

The fissures and cracks in the limestone pavement are home to limestone specialist plants, as well as those more typically found in a woodland or hedgerow. These plants include:

Early summer is the best time to see most of the limestone-loving plants.

Wildlife above and below ground

The moorland is an ideal habitat for nesting birds - look out for skylarks and wheatears in summer.

The most fascinating creatures live in the caves and some of them, such as crustaceans that live in the water, can only survive underground.

Other creatures, such as the herald moth and the tissue moth, spend winter in the caves and summer in the open air.

Bats hibernate in the cave passages in winter, and blanched trout live in the underground stream.

The village of Penwyllt’s fortunes rose and fell along with the industrial revolution in South Wales, and it steadily declined until it was abandoned.

Nowadays you can see brickwork remains, quarry workings, former tramroads and a row of terraced cottages near the car park.

These cottages were once lived in by workers and their families. They are now the headquarters of the South Wales Caving Club and provide accommodation for club members and visiting cavers.

The caves were discovered by the South Wales Caving Club in 1946.

They are full of features from underground streams to waterfalls, and stalagmites to stalactites.

The caves may only be accessed by properly equipped cavers with a permit from the South Wales Caving Club - the entrances are gated and locked at all other times.

For more information about the caves, including photos and videos, go to the South Wales Caving Club website.

There are over 70 National Nature Reserves in Wales.

National Nature Reserves are areas of the countryside where special examples of Britain’s habitats and wildlife are protected.

The National Showcaves Centre for Wales is on the opposite side of the valley, just off the A4067.

This is a privately-run tourist attraction with an admission charge.

Part of the Dan-yr-Ogof cave system is a National Nature Reserve.

For more information go to the National Showcaves Centre for Wales website.

Visitor facilities including toilets and a café are available at the nearby Craig-y-nos Country Park.

This 40-acre Victorian garden with woodlands, meadows, ponds, lawns and rivers is managed by the Brecon Beacons National Park.

The car park entrance is on the A4067 and it is open daily (except Christmas Day).

For more information, go to the Craig-y-nos Country Park website.

The National Park covers approximately 520 square miles of mountains and moorland in South and Mid Wales.

It is looked after by the Brecon Beacons National Park Authority.

How to get here

It is in the county of Powys.

Take the A4067 from Ystradgynlais to Abercraf and Pen y Cae.

Continue through Pen y Cae and turn right down a minor road signposted to Penwyllt.

Follow brown and white tourist signs over river and bear left at junction.

Go past a disused quarry on the left and follow the dead-end track to the car park.

For details of public transport go to the Traveline Cymru website.

Car parking is free of charge.

Overnight parking is not permitted.

Other places in South East Wales

Walk through heathland and woodland 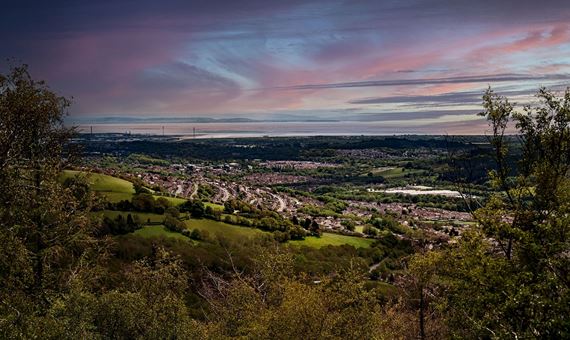 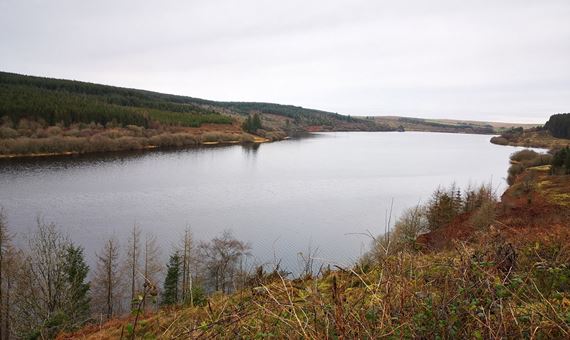 Walk or cycle around the Usk Reservoir

Small woodland in the Wye Valley

Great birdwatching from hides and platforms 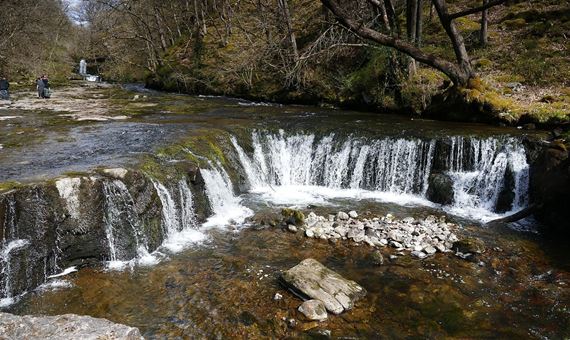 Spirit of Llynfi Woodland, near Bridgend

Choose from a range of activities or just relax...

Walk to the Eagles Nest, a famous viewpoint over...

Get a copy of one of our regional leaflets and plan your visit...

Days out
Last updated
Is there anything wrong with this page? Give us your feedback.
Print this page